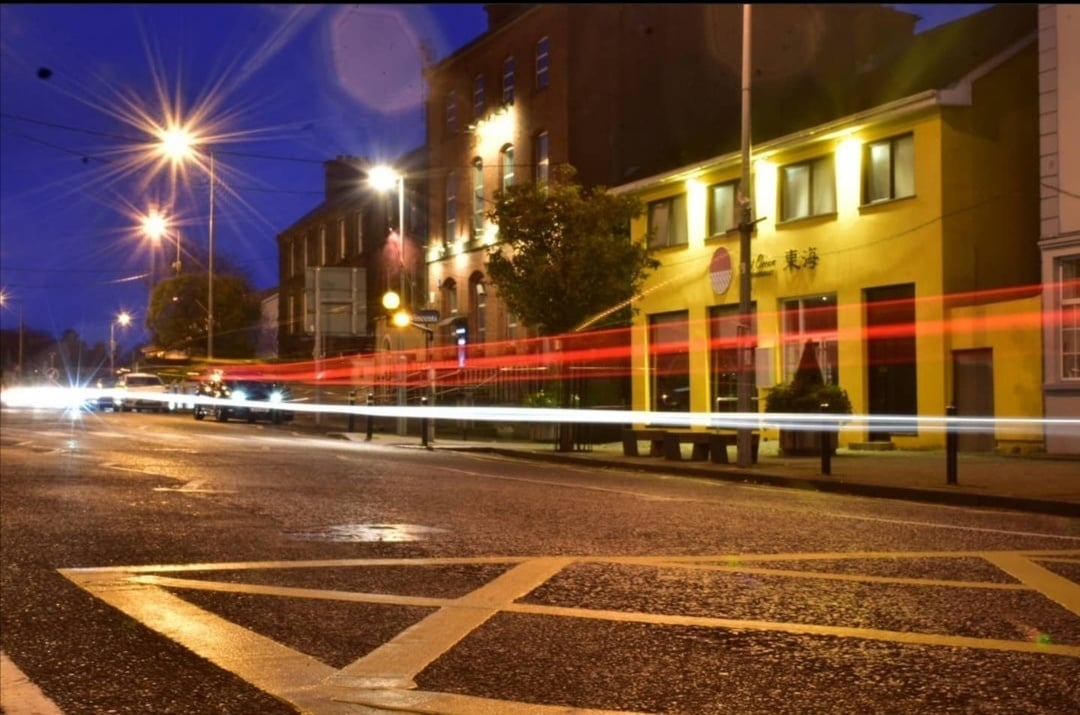 I recently had a look at the graves in front of the Church. Canon Burke is buried there. He baptised me. On the day of the event, he was out walking and my father had to take to the country to find him. If I caused trouble, my mother would put it down to not being baptised properly. As a young curate in Charleville, he was the man who anointed Seán O’Brien when he was murdered by the Crown Forces. That Event took pace in the premises now trading as ‘Interiors at Lily’s’.

Next door to Canon Burke, Paddy O’Riordan, the local dentist resided. He was the main man in the Tennis Club and thought many of us the basics of tennis. Using two hands on the backhand was taboo to him. He was a regular patron of the Drama Festival and would be totally carried away. One night the adjudicator thought he was a plant in the audience.

In the Convent next door, Sr. Bernadine is the lady my generation would remember best. Her war cry was ‘I’ll dance on you’. When I would meet her is later years she would always say ‘I was only for your good’.

Bill Condon was next up the street and his ‘Shoe Factory’ was in Chapel Street. He was at the famous 1955 football final with my father. When describing the density of the crown he said he managed to take his hankie out of his pocket at half time, but was not able to put it back in ‘til the game was over.

Tom O’Regan was the bar next door to us. He used to hold his fag at a funny angle. The palm of his hand was black and as a child I thought it was some type of leprosy.

Meaghers Pub was now where the Jewellers are now. The corner was a great assembly point ‘Crutchie’ Carthy would always be there. When you would ask him, what happened to his leg, the replay was ‘I fell over a trupenny bit and fell into a match box.

John R’s was next door, bar and grocery. We used to be sent there for messages. One day I got a bowl of soup free. My mother was highly indignant. She took it as an insinuation that I was hungry. We used to get vegetables at Burke’s (now O’Connell’s). He had only one hand and I was fascinated at his dexterity.

Paddy Cagney was across the street and the eggs had always to be bought there.

John Joe O’Connell was the butcher down this street and his slaughter house was around the corner in Chapel Street. We used to give a hand to bring the meat up to the shop. Our reward was always the same ‘men like ye will never be got again’.

Jack O’Dwyer was next door. He used to sell spuds and veg and used Wilsons Bar around the corners as his bank.

Ned Wilson had the bar. He had a big sale in paraffin. Porter and Paraffin didn’t make a great shandy.

Tommy Scanlan had a grocer shop across the road. His neighbour Mrs. Hickey used to get her butter there. Only this butter would do her. Tommy used to change the wrapping every so often and she never knew the difference.

Jimmy Murphy was the tailor on the street. When you brought him down an alteration, his standard comment was ‘you were glad to get shout of that’.

On Saturday mornings Hickey, Fraher and myself would gather up the waste paper and cardboard and sell it to the Oriel Press. We got the idea of putting a few rocks into the sacks to bring up the weight and value. We got bolder and added a few more boulders every week.

The morning Ted O’Riordan came to the weigh-in we knew the game was up. He didn’t report us to our parents, but we spent about 10 weeks drawing stone-less paper for free to the Oriel. I remained friends with Ted all my life. I was involved in some organisations with him trying to raise money and at a meeting one night, with a smile, he suggested to me we might try trading in waste paper.

Eithne Keating
Love all Derry's story's
Margot Connolly
Great memories
Matthew Lyons
I can imagine Derry and Fraher getting up to high jinx alright. Can you ask him about the soccer match in Bulgaria when he met my uncle Brendan? He told me briefly the other day but I'd love to have the details recorded?
Mary Herlihy
Brilliant read. Keep up the good work Derry...
john joseph lambert
What a brilliant article . Willie Condon was my grand Uncle , and we bought his shop / house in Chapel st and we moved there after we sold our shop on main st .

Please accept cookies to help us improve this website Is this OK? YesNoMore on cookies »
← Return to the back office    This store is under construction Any orders placed will not be honored or fulfilled Hide